1. Memories in the language of flowers

Flowers and their silent language have a rich and long history in human civilization, reaching all the way back through Greek mythology. Many, many books have been written about the language of flowers, from indexes to complete novels. The latest (that I know about) was just published in August of 2011, entitled “The Language of Flowers : A Novel”  by Vanessa Diffenbaugh.

There are so many facts, myths, and legends revolving around flowers that rather than just do one long blog post trying to cover them all, I thought I would attempt a series where we can go a little more in-depth and maybe have a little fun.

To start things out though, I’ll tell a few tales about myself and my own recollections of my use of this special language in my youth. My parents were always avid gardeners, my earliest memories include picking raspberries. They were in the very back of the vegetable garden in two rows that were draped toward each other over a bunch of wire cages that formed a tunnel. (This tunnel was where I also learned that the wonderful little brown balls that I collected along the way were actually bunny turds :)……).

When I was three years old, I convinced my mom that I should have my own “garden”. She let me plant some zinnia seeds, and I carefully planted them in a row and nurtured them from seedlings to plants and then into flowers. When they flowered, I promptly pulled them all up and presented them to my mom. I still remember her consternation when she saw my toddler hand clutching the poor bedraggled blooms, roots and clumps of dirt dangling below. The gift, as given, may have been less than perfect but the unspoken language of flowers ~ my love for my mom ~ was spoken cleanly, perfectly, and unblemished. That’s what flowers do.

By the time I was 16, my love for flowers and instinctual understanding of their unique language was fully bloomed. (yes, terrible pun intended). Because I’d already decided I was going to be a florist, I mostly concentrated on growing flowers that were most typical in a flower shop. Roses of course, but also Gypsophilia (baby’s breath), Liatris (star flower), Dianthus (miniature carnations or pinks) Shasta and Marguerite daisies, Day Lilies, Tulips, Daffodils, and Chrysanthemums. I had also learned by this time to cut the flowers and preserve the plant ~ lol.

Below is a picture of me at 16. In our zone 3-4, when a hard frost is coming we frantically harvest everything we possibly can before the killing frost turns everything into mushy compost. The day before Halloween, we were expecting that hard frost, so I went and cut all of my mums down. I had decided that I would hand out flowers to the adult companions of trick-or-treaters and this was the picture my dad took as I prepared bouquets.

I still remember the surprised and pleased smiles of so many people, young and old, as they received their bouquets of flowers. It’s like magic, all you have to do is hand a person a flower and a smile blooms…. (ya, another pun). It’s true, flowers have their own silent language. 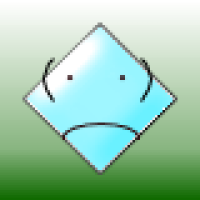 I'm Linda at Anytime Flowers in West Saint Paul, MN. I have been in the floral industry since 1981. It was always my dream to own a flower shop, and in 1998, finally did it.